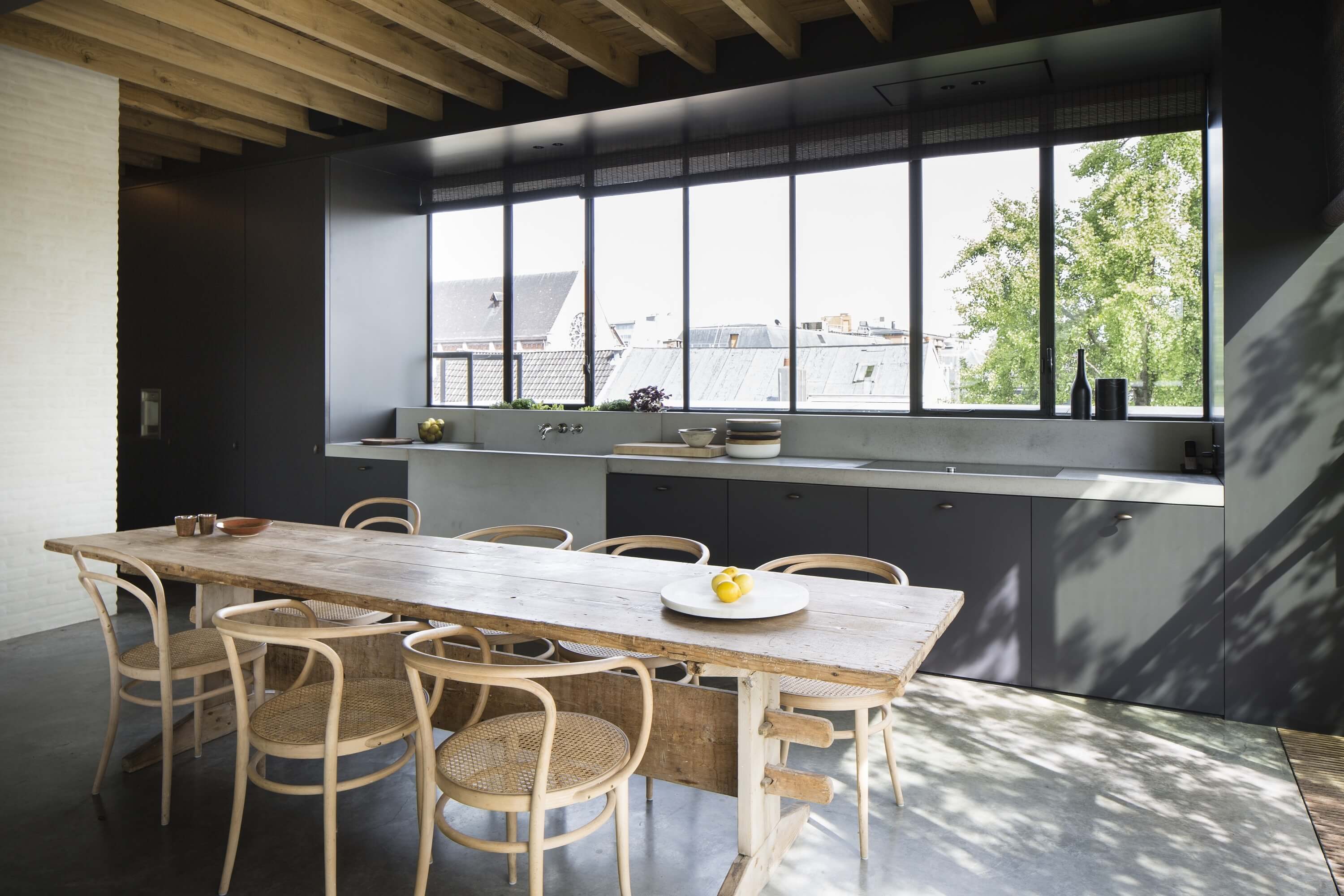 Born on 2nd July 1796, Michael Thonet was a cabinet maker of German-Austrian origin, who began his studio in 1819. A furniture design pioneer, he will always be celebrated worldwide for creating the classic and timeless, bentwood chair. Photo by Frederik Vercruysse.
BY Nandita Gupta on June 27, 2020

Born on 2nd July 1796, Michael Thonet was a cabinet maker of German-Austrian origin, who began his studio in 1819, in Boppard, Germany. A furniture design pioneer, he will always be celebrated worldwide for creating the classic and timeless, bentwood chair.

Not fond of the carved furniture that was all the rage at that time, in the 1830s, Thonet started experimenting with bent, wooden slats that were glued together to make furniture. In 1836, he finally invented the Boppard Layerwood chair. The success of this chair prompted him to acquire a glue factory that made his work much more easier and autonomous.

His eureka moment came when he realised that like he was bending laminated wood, solid could also be bent if he attached a metal strip along its length. This better and improved method helped him in getting rid of the expensive process of lamination altogether. Thonet used hot steam to bend wood into elegant arches and round, curvy shapes, something that was not seen or done before. Following this method his furniture designs turned out to be simple yet stylish, light weight, long lasting and with soft curves that were easy on the eyes. All in all, his ingenious furniture was a breath of fresh air as the designs that were popular at that time tended to be heavy and ornate. Even today his designs seem fresh and are picked up by design connoisseurs in seconds.

Having run into financial troubles, Thonet soon moved to Vienna with his family, where he started his furniture making studio again, but this time with his five sons. He gained international recognition for his Vienna Bentwood Chairs that were a huge hit at the Great Exhibition in London where he received a bronze. Thonet constantly tried to improve his work and as he gained popularity, more medals came his way which helped him to open a factory in Moravia.

His most famous and universally loved design has to be the Nr. 14 chair. Popularly known as the “chair of chairs”, Konsumstuhl Nr. 14 and also coffee shop chair no. 14, this iconic chair is so popular that it is still being produced! The success of this chair can be measured by the number of pieces that were sold by 1930; a whopping 50 million. What’s astounding is that Thonet’s cutting-edge bending technique could be used to mass-produce the chair in factories. What’s even more interesting is that the chair is comprised of parts that could be produced individually and later assembled, hence allowing for simultaneous production. This excellent knock down design, was made so thoughtfully that it could be packed and shipped with minimum space wastage, one cubic meter could contain 36 dismantled chairs! This beauty with brains won a gold for Thonet at the Paris World's Fair in 1867.

Other notable bentwood furniture pieces he created are the rocking chair no. 1, Nr 1 chair, No. 18, No. 56 and the gorgeous No. 209 which was Le Corbusier’s favourite! To understand how globally loved and desired his designs were, here is a fact; 2 million brilliant Thonet products were made and sold internationally in 1912! In 1871, Thonet passed away in Vienna but his head office in Frankenberg, Germany, has a museum that tells the story of the ahead of his time designs, his innovative mind created.