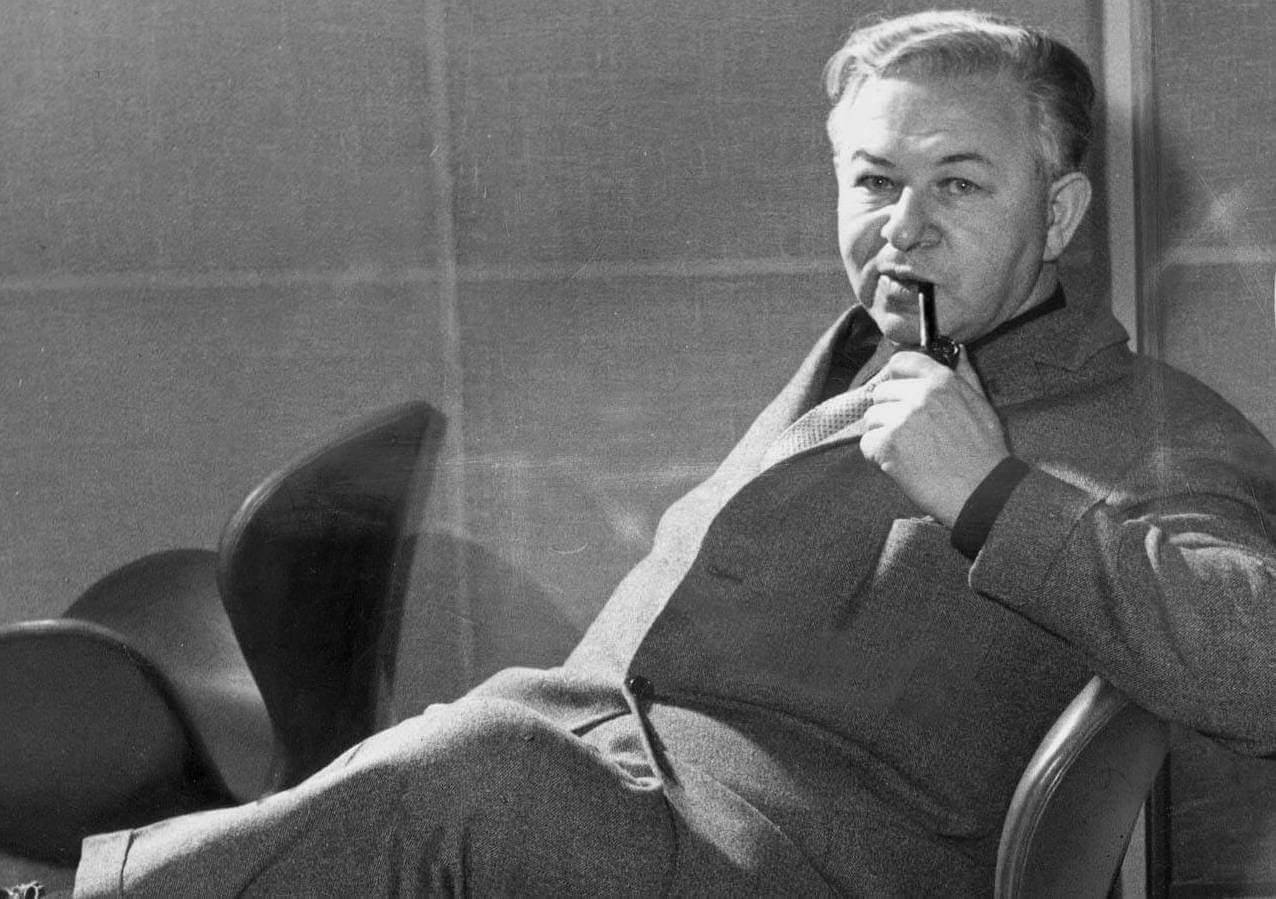 A dominant element in forming and shaping the quintessential Danish aesthetic was Arne Jacobsen's foresight.
BY Nandita Gupta on February 6, 2020

“A pastry, too, tastes better if it looks attractive”

A dominant element in forming and shaping the quintessential Danish aesthetic was Arne Jacobsen's foresight. The architect who envisioned Modern design at a time when it was non existent in Denmark, Arne's talent & creative prowess was visible primarily in his furniture designs. Born in Copenhagen, on 11 February, 1902, Arne showed his love for simple, minimal and functional design even as a child by painting his bedroom walls white, walls that were covered with Victorian wallpaper!

After studying at The Technical College in Copenhagen, Arne went on to study at the Royal Danish Academy of Fine Arts, graduating in 1927. His collaboration with the architect Flemming Lassen, won them the House of the Future award from the Danish Architect’s Association. The success made him realize that he could open his own firm and he started it in 1929. One of his great accomplishments is the Bellavista Housing Estate, completed in 1933 at Klampenborg, near Copenhagen, where every house has a sea facing view! A feat that cannot be achieved by architects even now.

The much sought-after Scandinavian aesthetic, was cumulatively created and spread across the world by Scandinavian designers who have god-like status in Nordic countries. Arne, being one of these, is fondly remembered for the cutlery set he designed in 1957, his Louis Poulsen lamp, his Ant chair, Egg chair, Swan chair and Model 3107 chair. If you take a look at the cutlery set (picture below), you will find it hard to believe that it was designed in 1957! The curved design made of matte stainless steel is timeless and has been featured in numerous movies! A much celebrated designer, ironically, Arne disliked the word, "designer" and refrained from using it.

Another feather in his cap was the design of the SAS Royal Hotel in 1960, the first high-rise in Copenhagen. Arne was both the architect and the interior designer for this project. Arne favoured clean lines, smooth shapes with a strong focus on details. He gave a lot of importance to aesthetics and that's why his designs are classics and have a cult following.

Labeled as the best chair designer in the world, Arne Jacobsen is the most ingenious, original and inventive furniture designer of all times.